I’m sick, dudes. Head cold. I am congested like whoa and I could sleep away the entire next week of my life if you let me. No big deal, but that’s the report.

It’s been a busy, whirlwind weekend – I barely even know it happened. We visited Kevin’s family today for Father’s Day, had a nice time (got to see the new baby again!), and now I’m on the couch watching some weird puppet game show. Actually, Kevin’s watching the puppet game show, I’m his TV hostage. It’s only fair – I usually commandeer the remote.

Some highlights of the week upcoming:

Good night, guys. The theraflu is kicking in. 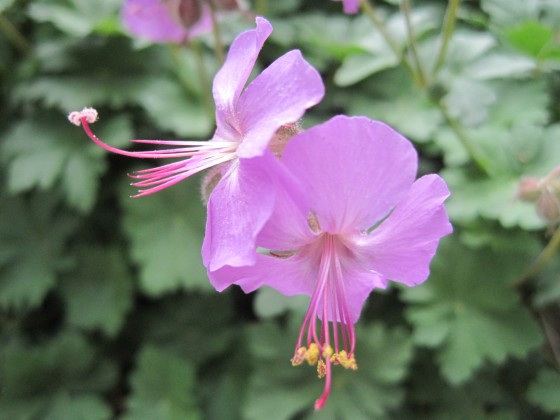 Yoga Download is my favorite place to find good yoga classes on the web.

They just released a brand new class!! Gentle Hatha #3. Best of all, the 20-minute version is FREE to download. I can’t wait to try it.

I’ve tried a few other podcasts or live streaming classes on other sites over the years, but none of them compare, in my opinion, to Yoga Download. I haven’t been paid or compensated in any way to say this, I just really like their site.

I started practicing yoga a few years ago when I threw my back out (while lifting weights, no less) and found myself hobbling around like an old, grouchy police detective who carries a heavy gun holster. There was little else I could do in the form of exercise for quite some time, so yoga became a staple in my life. I think starting a yoga practice may have saved me from a lifetime of further pain and injury.

Sadly, I haven’t been doing any yoga for the last few weeks though, choosing to prioritize other things before my health, which is never a wise move. So when I turned on a 20-minute Gentle Hatha class from Yoga Download yesterday and laid down on my mat, I could almost feel my muscles and bones thanking me for the attention.

The 20-minute classes on YD are all FREE and they’re great. They’re simple to follow, come in all styles and levels and leave me feeling like I’ve done something good for myself, even if only for 20 minutes. Of course YD offers longer classes too, which are also very inexpensive. Oh and they have videos, if you’d rather watch than listen, and printable pose guides if you’re confused about what you’re doing! Fantastic for your living room practice.

Kevin and I like to talk about what we’d do if we suddenly had an abundance of money. I don’t mean millions (although, I think he’s hoping for millions), just enough to indulge from time to time.

One of the first things on my list is a monthly membership to one of my favorite yoga studios in NYC. Formal yoga classes in New York can be pricey – often more expensive than a gym membership. My favorite studio offers an unlimited monthly pass for $125. Oof. Too rich for my blood.

But there are ways to spend a little less on the best yoga classes in the city – if you’re willing to be flexible. (Pun delightfully intended.)

Ishta Yoga – (Update! I just got an email from Ishta – they’re offering a deal this Monday, May 17: an unlimited month of classes for $30. That’s a steal, since a month usually costs $125. Go here if you want to buy it.) This studio offers my favorite yoga class experience by far. The environment is calming, the rooms are big, the teachers are fantastic.  And they focus more on your relationship to your body, the earth, and your spirituality, rather than obsessing over making every pose perfect.

Unfortunately their single classes are the most expensive I’ve ever seen in the city. $22 for one class! (I treated myself to that price once, but never again. I just can’t afford it.) However, if you’re a new student, you can buy an unlimited monthly pass for $60! That’s a great deal. I took advantage of it earlier this year and it got me hooked on Ishta. They also offer a lovely meditation class with the studio’s founder, Alan Finger, included in the monthly unlimited membership, or $30 to drop-in.

Yoga to the People – Good, cheap “yoga for everyone.” They claim no celebrated teachers, no correct attire, no judgments, no right answers – just basic, happy yoga for anybody. For a mere $5, I love their hot power Vinyasa class. It’s an hour-long ass-kicking experience in a small, cramped room with people who’ve never done yoga in their lives alongside those who practice every day. Once you get past the hectic energy of the previous class leaving while your class enters, it can be a lot of fun. Most of the teachers are very good and they don’t take any of it too seriously. With three separate locations in town, YTTP also offers a “traditional” hot yoga classes (Bikram style), and a power Vinyasa class that isn’t hot (suggested donation!) – both of which are supposed to be great and are cheaper than lunch in Midtown.

Om Yoga – This Union Square yoga staple has been around forever. With dozens of master teachers and a lot of classes to choose from, it’s a great place to be a beginner or to deepen your practice. Their schedule changes every month and their drop-in prices are standard (between $14-17), but they also offer a “community” class a couple times a week for just $5. Taught by people just finishing their teacher training, the community classes aren’t as insightful as the regular ones, but they do the trick.

Kula Yoga – I did poses I’d never done before when I took a class at Kula. It’s often easy for yoga classes to feel very similar to one another; Kula’s innovative teachers make sure that doesn’t happen. Their drop-in fee is $18, but you can take advantage of their “new student special” and pay $30 for a three-class package. A sweet deal.

Vida Yoga – Located near the heart of NYU’s campus, Vida offers $5 classes for first-timers with a student ID, as well as a one-time week of unlimited classes for $10. This is the one studio on my list that I’ve never been to, but have really been dying to try. I’ll take advantage of that awesome $10 deal soon and I promise a review once I do.

I hope you won’t let the potentially high price of yoga in Manhattan stop you from seeking out good classes, great teachers and top-notch studios! You can practice yoga on any budget.

But if you come into millions, go ahead and splurge.

I'm Jen Curran. I'm 31. I'm a comedian, writer and actor living in Brooklyn with my sweet boyfriend and our two cats. I'm also the Managing Director at the Peoples Improv Theater in NYC. In 2009 I quit my boring desk job to follow my bliss. This is my story.

All photographs on this site were taken by Jen Curran unless otherwise noted.